St. Mary's Catholic Church was built in 1927 and still had the original roof, now almost a century old.  The roof was a clay tile roof made by Ludowici Celadon, now the Ludowici Roof Tile Company in New Lexington, OH.  This was an English tile with a nominal size of 8 1/2" x 13".  Each tile was hand made in the old bee hive kilns, resulting in a lot of variation between tiles and not the factory uniformity of machine made products. Some tiles were as narrow as 8 1/4" and as wide as 8 7/8". Ludowici English tile was discontinued in the 1950's, but The Durable Slate Company was able to to find enough salvaged material to complete the repair.

When the storm whipped through Grinnell many of the tiles were blown off, particularly on the south side.

The church hired a local roofing company to temporarily dry in the roof. They used a yellow spray foam to stick the loose and broken tiles down so they couldn't be hazardous.

To begin, we removed the entire main south face and lower south face of the roof, distributing these tiles for repairs elsewhere. The reclaimed tiles were used to re-roof the now exposed southside, in addition to new underlayment, copper flashings, and copper gutters. All told, the result is a stunning and seamless repair. 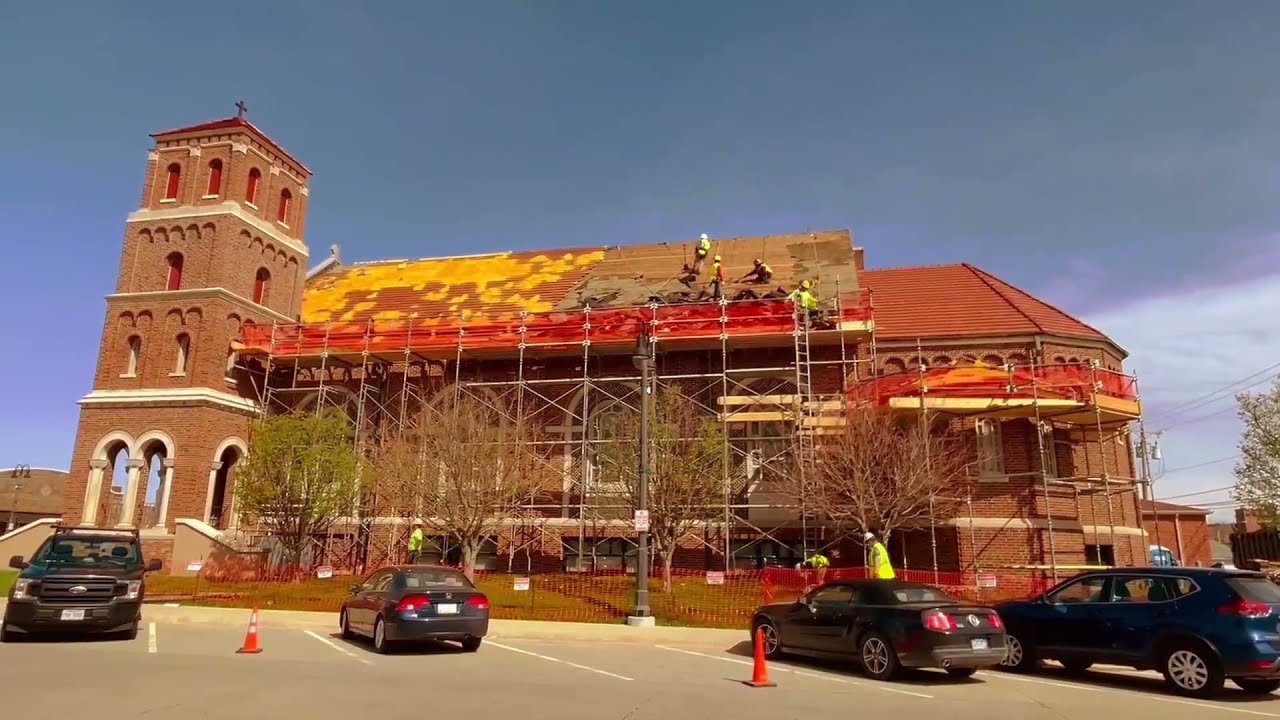 Prepare Your Slate Roof for Winter